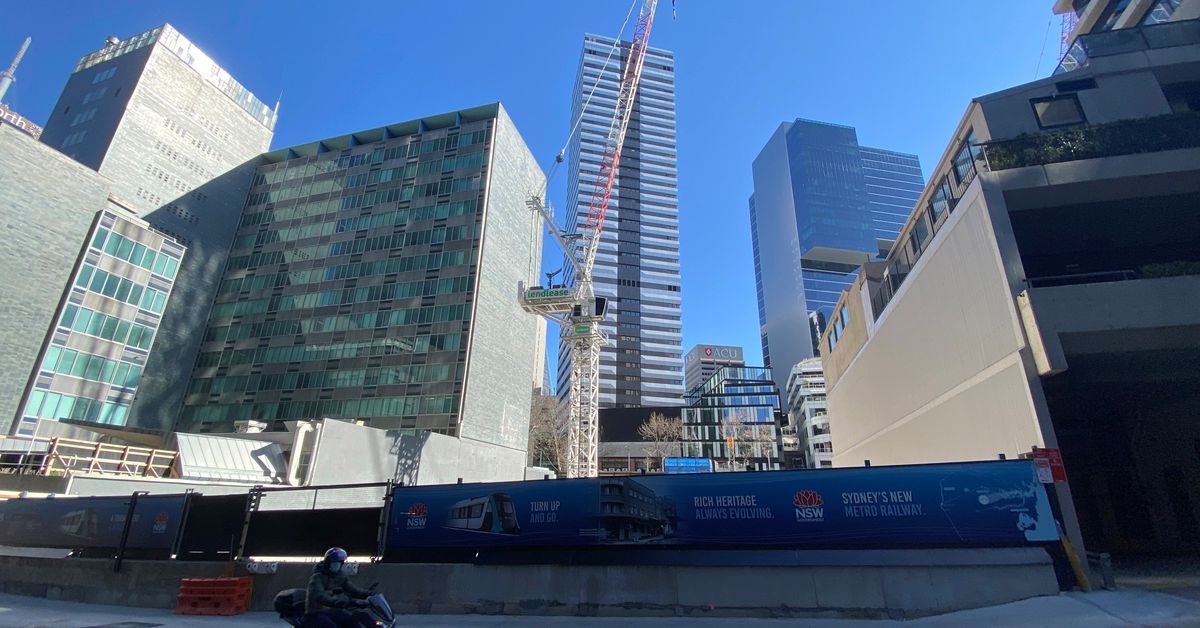 View of a construction site for a train station on the Sydney Metro, Australia July 22, 2021. REUTERS/Sam Holmes

Figures from the Australian Bureau of Statistics on Thursday showed capital expenditure rose a real 1.1% in the December quarter to A$33.3 billion ($24.03 billion), though that missed market forecasts of a 2.6% increase.

Investment by miners climbed 2.5%, while other sectors lagged with a 0.5% increase.

Spending plans for the year to end-June 2022 were upgraded to A$144.8 billion, at the higher end of analysts’ estimates and a sign business confidence weathered the disruptions well.

The miss on fourth-quarter spending will shave some forecasts for gross domestic product (GDP), data for which is due next week.

Yet growth still looks to have rebounded strongly as an easing in coronavirus lockdowns unleashed a wave of pent-up spending by households, which typically account for around 51% of GDP.

A new data series from the ABS released this week showed nominal household spending surged a huge 22% in the fourth quarter, compared to the badly hit third quarter.

Even accounting for a 1.3% jump in consumer prices, that implies real household spending may have boomed by around 10% and dwarfed any drag from other sectors.

Analysts are generally tipping GDP growth of around 2.5% for the fourth quarter, more than making up for the third quarter’s 1.9% decline.

More recently, the spread of the Omicron variant did curb spending in January but consumers seem back on track now that cases have tailed off.

The latest data from ANZ showed spending on its cards by households and businesses had recovered quickly in February. Just last week, spending on dining and takeaway was up 9% on a year ago, non-food retailing 10%, and travel 38%.