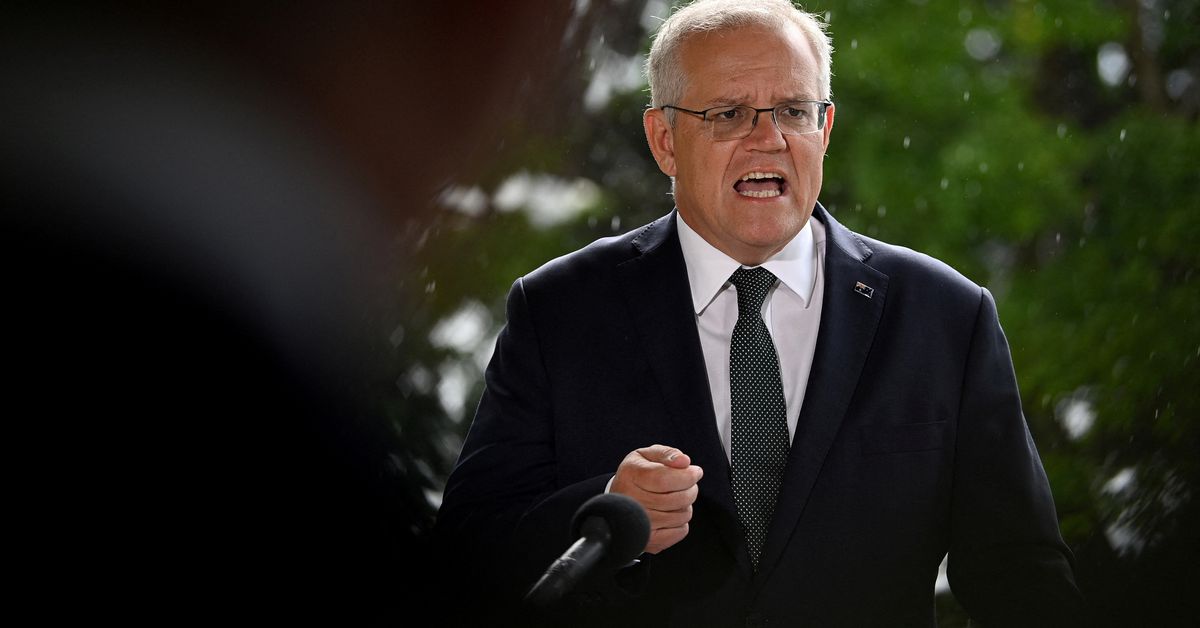 SYDNEY, Feb 25 (Reuters) – Australia imposed more sanctions on Friday against Russia targeting several of its elite citizens and lawmakers, and said it was “unacceptable” that China was easing trade restrictions with Moscow at a time when it invaded Ukraine.

“We will work along with our partners for a rolling wave of sanctions and continuing to ratchet up that pressure on Russia,” Prime Minister Scott Morrison said during a media conference.

Morrison said the fresh sanctions will be placed against “oligarchs whose economic weight is of strategic significance to Moscow” and over 300 members of the Russian parliament who voted to authorise sending Russian troops into Ukraine.

Australia is also working with the United States to align with their sanctions overnight on key Belarussian individuals and entities who helped Russia and NATO to provide non-lethal military equipment and medical supplies for Ukraine, he said.

Morrison voiced concerns over the “lack of strong response” from China and criticised Beijing about reports it had eased trade curbs with Moscow by allowing imports of wheat from Russia.

“You don’t go and throw a lifeline to Russia in the middle of a period when they are invading another country. That is simply unacceptable,” he said.

In early February, during a visit to Beijing by President Vladimir Putin, Russia’s state agricultural watchdog said China had agreed to allow imports of wheat and barley from all regions of Russia. China officially confirmed the agreement on Thursday.

China and Australia have recently clashed over a number of issues including trade, the origins of the coronavirus and accusations from Australia of foreign interference.