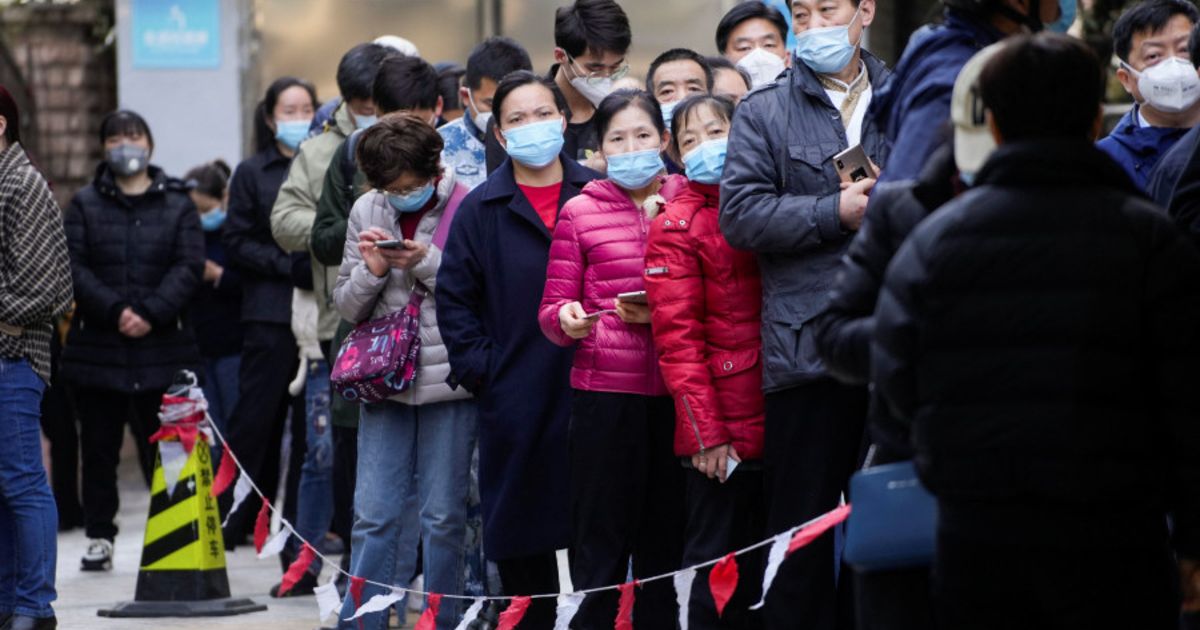 For global automakers and suppliers, the latest coronavirus-related disruptions in China, the world’s largest market, are piling on top of problems created by the war in Ukraine.

The measures GM took to keep its Shanghai plant open equate to a “closed-loop” management process, which China’s financial hub has asked companies to adopt to stay open during a two-stage lockdown to battle its outbreak.

In the bubble-like arrangement, workers sleep, live and work in isolation from the rest of the world to prevent virus transmission. A similar system was used at the Winter Olympics in Beijing to seal event personnel off from the public.

The facilities, which GM runs as part of a joint venture with Chinese state-owned automaker SAIC Motor Corp, produce Buick, Chevrolet and Cadillac vehicles. The facilities are in areas east of Shanghai’s Huangpu River that have been locked down from Monday to Friday.

GM, which said on Monday that its Shanghai joint venture was producing normally, declined to comment on the arrangements at its factory.

A spokesperson said the company and its joint ventures had developed and were executing contingency plans with their suppliers to mitigate uncertainty related to COVID-19. SAIC did not have immediate comment.

SAIC-GM’s ability to keep its Shanghai production lines running contrasts with that of Tesla, which Reuters reported has suspended production for the four-day period. It was unable to secure sufficient provisions for its workers to achieve closed-loop management, one source said.

The workers at the affected Aptiv site were told to stay home on Wednesday and await further notice, the four sources told Reuters. Two of the sources said the affected compound produces for Tesla and GM’s Shanghai joint venture with SAIC.

Aptiv’s Shanghai facilities are in the west of the city and had not been affected by the city’s lockdown, which started in eastern districts. The sources said the workers at the affected facility had been told that it had to shut due to COVID-19 issues.

“I can confirm that we are following all government orders and not impacting customers’ production,” an Aptiv spokesperson said.

Tesla, GM and SAIC did not have immediate comment.

TCL Corp and Apple suppliers Foxconn and Shenzhen Deren Electronic managed to keep production going in southern China this month with closed-loop management after manufacturing hubs such as Shenzhen and Dongguan were hit by similar lockdown measures.