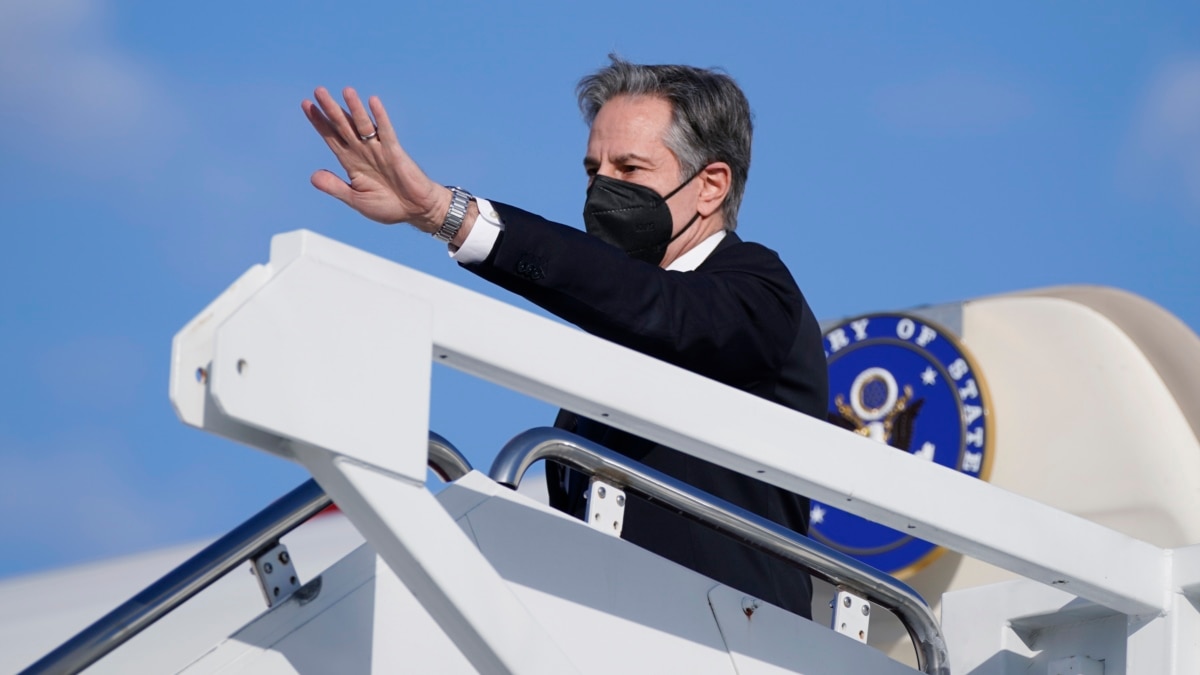 U.S. Secretary of State Antony Blinken is heading to Australia Monday for Quad ministerial meetings to advance cooperation on issues including maritime security and cybersecurity, while pushing back against “aggression and coercion” in the Indo-Pacific region, the State Department said.

The Quad refers to a security dialogue involving Australia, India, Japan and the United States.

Blinken’s visit to Australia February 9-12 would be his first trip there after an enhanced trilateral security partnership known as AUKUS – Australia, the United Kingdom and the U.S. – was announced last September. The agreement includes a deal to build nuclear-propelled submarines for Australia—not a G-7 member—as part of enhanced deterrence against China’s military expansion across the Indo-Pacific region.

Part of the discussions during the fourth Quad foreign ministers’ meetings in Melbourne “will relate to the challenges that China poses,” Daniel Kritenbrink, the assistant secretary of state for East Asian and Pacific affairs, told VOA during a Friday phone briefing.

“The Quad is not a military alliance, but it is not lost on China that you have four democracies, all with a strong maritime presence and advanced military capabilities, concerned by the increasingly aggressive approach China takes with its neighbors,” said Charles Edel, the Australia chair of the Washington-based Center for Strategic and International Studies.

In Fiji, Blinken will meet with Pacific Island leaders to discuss the climate crisis and ways to further a “shared commitment to democracy, regional solidarity, and prosperity in the Pacific.” This will be the first visit by a U.S. secretary of state to Fiji since 1985.

The coming visit to Fiji shows the U.S. recognizes the increasing importance of smaller Pacific Islands in U.S.-China geopolitical competition, according to Dominique Fraser, a research associate with the Asia Society Policy Institute in Australia.

Fraser cautioned that many Pacific Island leaders “welcome the economic investment China is making in the region” while worrying about “becoming too embroiled in superpower rivalry.”

Last December, the United States, Australia and Japan said they would jointly fund the construction of an undersea cable connecting the Federated States of Micronesia, Republic of Kiribati, and Republic of Nauru.

The proposed undersea cable would provide “more reliable and secure communications to approximately 100,000 people across three countries” while respecting their “sovereignty,” seen as a reference to U.S. allegations that China uses infrastructure investment to gain political leverage over recipients.

Addressing the threat from North Korea’s nuclear and missile programs is high on the agenda, as Blinken hosts Japanese Foreign Minister Hayashi and Korean Foreign Minister Chung Eui-yong for a U.S.-Japan-Republic of Korea Trilateral Ministerial Meeting in Honolulu on February 12.

The United States remains prepared to engage in “serious and sustained diplomacy without preconditions” with North Korea, said Kritenbrink. “We have reached out repeatedly to Pyongyang; however, to date, we have not received a substantive response.”

Blinken’s trip to the Pacific comes as Russia continues a massive military buildup around Ukraine.

When asked by VOA if the Quad foreign ministers would issue a joint statement on Ukraine, Kritenbrink said, “I’m sure Ukraine will be one of them (issues being discussed), given the seriousness of the issue and the threat it poses to the rules-based global order.”