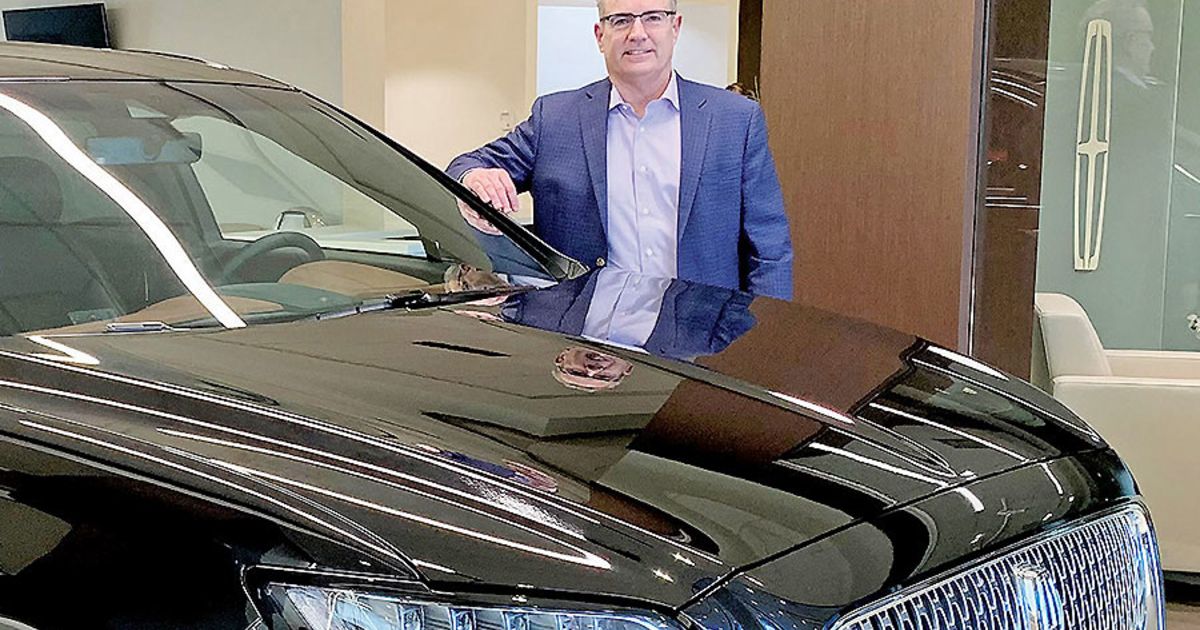 If you look at the top 100 stores, they’re at a 15-day, 16-day supply or lower. Our store for the last eight months has been in the single-digit day supply. We and others have really beefed up used-car purchasing from outside, carrying as many used as we can. That’s not an easy thing to do because you have to pay a premium price, but you have to do it.

The day supply is going to remain low the entire year, even as we ramp up production. But that’s part of a model that’s really a good thing. The company sees that and dealers certainly see that. Carrying costs are down. It makes us better. I’m not saying we want to live with a six- or eight-day supply of cars forever, but it’s certainly better than the historic days of 60-, 65-day supply.

Are there any concerns from dealers about moving to a retail order model?

Not as long as the dealer can ultimately have a major part in it. Everything is changing. Clients want to be able to purchase their car on their terms. That’s something we have to embrace and become good at as opposed to saying, “No, we want to do it the old way.” As long as we can be involved and help the client with their questions and concerns … I think we feel like it’s a good model. We haven’t had a whole lot of pushback at all [as a dealer council]. There are certainly concerns about availability and allocation, and whether the retail orders are getting them additional allocation. Those are questions dealers are having right now because it’s a new model.

Has Lincoln made any changes to its allocation formula?

Lincoln’s no different than any franchise in this regard: Each part of the country probably feels like they’re not getting their fair share of allocation. I think it’s been proven out that the better job dealers do with retail orders, the more vehicles they see. If you embrace the model of taking retail orders, you will see a flow of vehicles that’s probably as good as it can be in this environment.

Parts availability is something we continue to work on. We can be at a 95, 96 percent fill rate but it never feels quite right because when you need that one particular part that’s in that 4 or 5 percent, it can take a client experience and turn it the wrong way.

Lincoln dealers invested heavily in facility upgrades the past few years. With more of a focus on digital retail, was it smart for dealers to make those investments?

I think those investments are long term and I think they’ll continue to happen. Lincoln’s made it very clear they want to be in the top 130 markets, they want to be where the luxury industry is and they want to have representation with great dealers. They know those dealers need to have a return on their investment.

I think the dealers’ investment will be something that will pay off for them. There are probably times of the day when nobody’s come in and they’ve still sold four or five cars and wonder, “Why do I need this beautiful facility?” But at the end of the day, it will be a good investment assuming Ford continues the path of investing in Lincoln.

Are dealers happy with the current lineup?

We have four vehicles and no dealer would ever say that’s enough. We’d all like to see more. I believe there’s more coming. But those four vehicles compete well in the segments they’re in. We get so many trades these days we were not seeing two or three years ago. That kind of tells the story.

The products are great products. Do we need more with them? Sure.

Is Lincoln moving too slowly into EVs?

I think Lincoln would tell you they feel good about their timing. I think it’s still to be determined in the EV space what is too slow and what is the right entry. No Lincoln dealer was happy about the thought of the first BEV being pushed out a little bit. But at the same time it was important for Ford Motor Co. because of the ability to scale Mustang Mach-E. It’s important for Ford to get its foothold. The investment Ford is making in Kentucky and Tennessee and other areas is a testament to where Ford’s going.

We have to continue as dealers to push the company to keep that investment going into the luxury division. If you look at adopters to EV, luxury adoption is going to happen even faster than the mass brands. It is important. But what’s most important is that the product is right. There are some traditional OEMs that have brought out EVs over the last five or six years that haven’t done nearly as well as Tesla. The product has to be a wow.

How will Lincoln stand out from the Ford brand in the EV era?

Lincoln needs autonomy. Lincoln needs to be able to have the type of investing and support to build that “wow” vehicle. We don’t know what the adoption is going to be to a mass-brand BEV vs. a luxury BEV in the next five years. We don’t know what the things are going to be that pull a client to one over the other. That’s why it’s got to be right. Some of these new early-entry vehicles like the Mach-E are fantastic vehicles. What’s going to make the Lincoln different? That has to do with the design and the interior. Those are some of the reasons why the Lincoln will be coming out a little later than we originally thought.

What happened with leasing in 2021 and what is Lincoln doing about it?

Leasing levels did fall as a percentage. As dealers, we talk a lot that we’re taking our eye off leasing. It’s such a great tool for the luxury client. They’ve responded already this quarter. A lot of times it’s not about putting someone that comes in today into a lease. It’s about taking the retail order. And you can’t take the retail order unless you provide a competitive lease. It’s an area they know they have to be in. The entry to the luxury segment is leasing. It’s important we continue to find ways to build the value of a Lincoln at the time of delivery and the time of resale.

What’s an example of Lincoln working well with the dealer council?

This is my second go-around on council. I was involved in the early 2000s. I’ll say this about the Ford Motor Co.: They listen. A lot of times we don’t get what we’d like to have, it has to be a win-win, but they listen. We asked them to be more transparent about product and they took a number of dealers to an area and let us see some glimpses. It’s something they had never done. A lot of dealers walked away from that feeling good about the franchise. It was much more in-depth and they talked more about their vision.

I think it’s vitally important that they continue to be transparent with their engaged dealer body on the cycle plan and on the products. BEVs are going to be new to every dealer of every franchise. For a lot of dealers they’ll read about it in Automotive News or Bloomberg and that may be the first glimpse. They need to be more transparent. It’s a new world but we have to go in with both eyes open. That product cycle, to the extent that they can, we need to know what’s coming next. And we have to feel good about it.

Lincoln’s got great opportunity. Ford Motor Co. has a great buzz around it, our CEO has a great buzz around him. The Lincoln brand, we don’t have enough vehicles, we don’t get enough volume, but the products we have are good. We just need that continued investment from the Ford Motor Co. in their luxury franchise. They are having success in China. We need to have as much if not more success in North America, if we can. I think Lincoln has a great future.