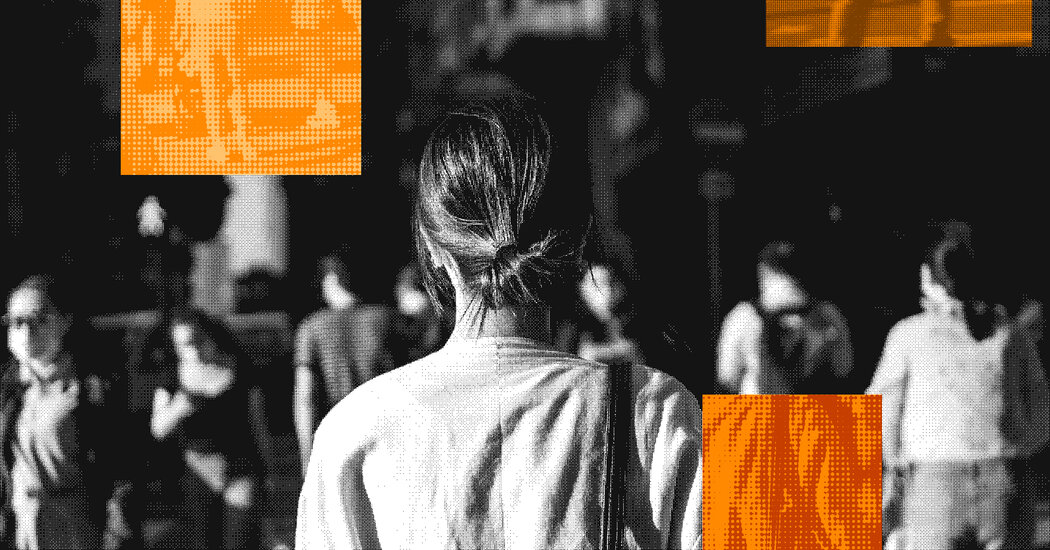 Imagine that when your great-grandparents were teenagers, they got their hands on a groundbreaking new gadget, the world’s first fully immersive virtual-reality entertainment system. These weren’t those silly goggles you see everywhere now. This device was more Matrix-y — a stylish headband stuffed with electrodes that somehow tapped directly into the human brain’s perceptual system, replacing whatever a wearer saw, heard, felt, smelled and even tasted with new sensations ginned up by a machine.

The device was a blockbuster; magic headbands soon became an inescapable fact of people’s daily lives. Your great-grandparents, in fact, met each other in Headbandland, and their children, your grandparents, rarely encountered the world outside it. Later generations — your parents, you — never did.

Everything you have ever known, the entire universe you call reality, has been fed to you by a machine.

This, anyway, is the sort of out-there scenario I keep thinking about as I ponder the simulation hypothesis — the idea, lately much discussed among technologists and philosophers, that the world around us could be a digital figment, something like the simulated world of a video game.

The idea is not new. Exploring the underlying nature of reality has been an obsession of philosophers since the time of Socrates and Plato. Ever since “The Matrix,” such notions have become a staple of pop culture, too. But until recently the simulation hypothesis had been a matter for academics. Why should we even consider that technology could create simulations indistinguishable from reality? And even if such a thing were possible, what difference would knowledge of the simulation make to any of us stuck in the here and now, where reality feels all too tragically real?

For these reasons, I’ve sat out many of the debates about the simulation hypothesis that have been bubbling through tech communities since the early 2000s, when Nick Bostrom, a philosopher at Oxford, floated the idea in a widely cited essay.

But a brain-bending new book by the philosopher David Chalmers — “Reality+: Virtual Worlds and the Problems of Philosophy” — has turned me into a hard-core simulationist.

After reading and talking to Chalmers, I’ve come to believe that the coming world of virtual reality might one day be regarded as every bit as real as real reality. If that happens, our current reality will instantly be cast into doubt; after all, if we could invent meaningful virtual worlds, isn’t it plausible that some other civilization somewhere else in the universe might have done so, too? Yet if that’s possible, how could we know that we’re not already in its simulation?

The conclusion seems inescapable: We may not be able to prove that we are in a simulation, but at the very least, it will be a possibility that we can’t rule out. But it could be more than that. Chalmers argues that if we’re in a simulation, there’d be no reason to think it’s the only simulation; in the same way that lots of different computers today are running Microsoft Excel, lots of different machines might be running an instance of the simulation. If that were the case, simulated worlds would vastly outnumber non-sim worlds — meaning that, just as a matter of statistics, it would be not just possible that our world is one of the many simulations but likely. Chalmers writes that “the chance we are sims is at least 25 percent or so.”

Chalmers is a professor of philosophy at New York University, and he has spent much of his career thinking about the mystery of consciousness. He is best known for coining the phrase “the hard problem of consciousness,” which, roughly, is a description of the difficulty of explaining why a certain experience feels like that experience to the being experiencing it. (Don’t worry if this hurts your head; it’s not called the hard problem for nothing.)

Chalmers says that he began thinking deeply about the nature of simulated reality after using V.R. headsets like Oculus Quest 2 and realizing that the technology is already good enough to create situations that feel viscerally real.

Virtual reality is now advancing so quickly that it seems quite reasonable to guess that the world inside V.R. could one day be indistinguishable from the world outside it. Chalmers says this could happen within a century; I wouldn’t be surprised if we passed that mark within a few decades.

Whenever it happens, the development of realistic V.R. will be earthshaking, for reasons both practical and profound. The practical ones are obvious: If people can easily flit between the physical world and virtual ones that feel exactly like the physical world, which one should we regard as real?

You might say the answer is clearly the physical one. But why? Today, what happens on the internet doesn’t stay on the internet; the digital world is so deeply embedded in our lives that its effects ricochet across society. After many of us have spent much of the pandemic working and socializing online, it would be foolish to say that life on the internet isn’t real.

The same would hold for V.R. Chalmers’s book — which travels entertainingly across ancient Chinese and Indian philosophy to René Descartes to modern theorists like Bostrom and the Wachowskis (the siblings who created “The Matrix”) — is a work of philosophy, and so naturally he goes through a multipart exploration into how physical reality differs from virtual reality.

His upshot is this: “Virtual reality isn’t the same as ordinary physical reality,” but because its effects on the world are not fundamentally different from those of physical reality, “it’s a genuine reality all the same.” Thus we should not regard virtual worlds as mere escapist illusions; what happens in V.R. “really happens,” Chalmers says, and when it’s real enough, people will be able to have “fully meaningful” lives in V.R.

To me, this seems self-evident. We already have quite a bit of evidence that people can construct sophisticated realities from experiences they have over a screen-based internet. Why wouldn’t that be the case for an immersive internet?

This gets to what’s profound and disturbing about the coming of V.R. The mingling of physical and digital reality has already thrown society into an epistemological crisis — a situation where different people believe different versions of reality based on the digital communities in which they congregate. How would we deal with this situation in a far more realistic digital world? Could the physical world even continue to function in a society where everyone has one or several virtual alter egos?

I don’t know. I don’t have a lot of hope that this will go smoothly. But the frightening possibilities suggest the importance of seemingly abstract inquiries into the nature of reality under V.R. We should start thinking seriously about the possible effects of virtual worlds now, long before they become too real for comfort.

Farhad wants to chat with readers on the phone. If you’re interested in talking to a New York Times columnist about anything that’s on your mind, please fill out this form. Farhad will select a few readers to call.