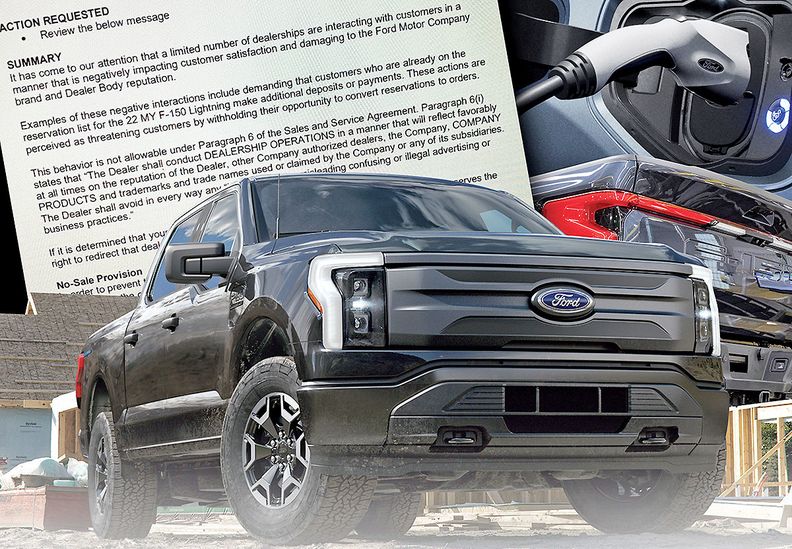 The years of “employee pricing for everyone” seem approximately three lifetimes ago at this point.

The discounts were extremely popular, but they also furthered the perception that the Detroit 3 only built cars and trucks people bought because they were cheap. Over and over, executives promised to introduce models that didn’t need huge incentives, only to slap huge incentives on those same vehicles a few months later because they were piling up on dealership lots. It was a damaging, predictable cycle that decimated the companies’ profits and contributed to the bankruptcies of General Motors and Chrysler once the economy crumbled.

That’s all changed. The microchip shortage that starved many dealers of new-vehicle inventory is a big reason, but all three companies already had overhauled their product lineups and greatly reduced their reliance on discounting since being humbled during the Great Recession.

Ford Motor Co. has been rolling out one hot seller after another lately, and it has a crucial launch just around the corner: the F-150 Lightning. The electric pickup is in enormous demand — Ford has amassed nearly 200,000 reservations — and with retail trims ranging from about $55,000 to more than $90,000, the clamor is certainly not because it’s a screaming deal.

Some dealerships, knowing they have another hit on their hands and limited allocation coming, are marking up the truck’s sticker price by as much as $30,000, according to owner forums. That hasn’t gone over well with Ford, which is warning of potential consequences for profiteering, as explained in a Page 1 story in this week’s issue.

The Lightning isn’t just going up against Chevrolet and Ram, which have electric pickups of their own due out in the next two years. Ford worries that negative experiences with its dealerships could push customers to the likes of Tesla and Rivian, which don’t have franchised dealer networks. One dealer told reporter Michael Martinez that markups are “brand-destroying,” while another laid out the carefully considered reasons he’s asking customers to pay extra.

Having too much demand is undoubtedly a better problem to have than scrambling to unload piles of inventory at fire-sale prices, and it shows how far Ford has come since the early 2000s. But it’s a problem nonetheless.

At least this isn’t the kind of problem they’ll have to mortgage the company to solve.