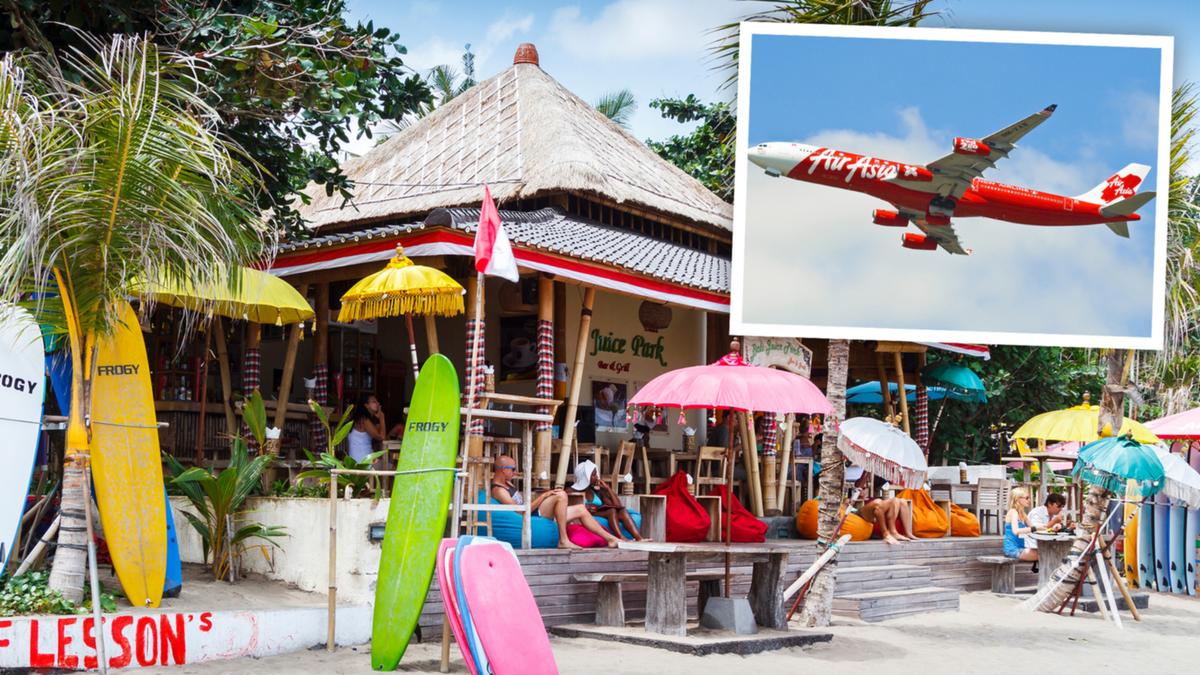 In a major boost to international and domestic travel for Western Australians, the largest low-cost airline in Asia is coming back to Perth from mid-May, as Virgin Australia and Qantas launch massive seat sales to get bums on seats.

The return of AirAsia to the Bali route is expected to start a fare war with Australia’s Jetstar which has already set the bar low with $99 fares for its first service starting on April 9.

However all those $99 fares have been snapped up and the lowest one-way lead-in fare is $149, and $95 for the return flight.

Without fanfare AirAsia, the airline that has dominated the Bali market for years, with up to four services a day, has quietly put Perth to Bali flights back into its system with six flights a week from May 15, 2022.

The airline group has been the low fare champion on WA holidaymakers’ most popular route, with sale fares typically below $100 one-way.

However the current one-way fare before the official relaunch is $188.

An AirAsia spokeswoman confirmed the low key restart saying “while there are some limited flights on sale from May 15, we are in the midst of confirming our new season schedule and we will be in a position to announced the remainder of our 2022 services from Perth to Bali as soon as travel restrictions ease”.

Industry sources say that the airline will firm up its schedule next month and that will be coupled with a major fare sale.

The service is operated by Indonesia AirAsia, one of the six airlines in the Kuala Lumpur-based AirAsia group, that has dominated low-cost travel in Asia since it was formed in 2002.

Just prior to COVID the AirAsia Group was carrying 100 million passengers a year to 165 destinations across Asia and Australia.

Before COVID, the Perth-Bali route was the most popular international leisure route for West Australians with up to six airlines operating nine flights a day, carrying over 450,000 passengers a year up to the holiday Mecca.

In a related move to stimulate travel, Virgin Australia launched a massive 1.5 million seat fare sale on Sunday with one-way prices as low as $149 to Adelaide for economy.

And there is a further bonus 25 per cent discount for children aged 2-11.

The fare sale for economy and business class runs till 9pm on April 4, or until sold out.

Sale fares are available on every domestic and international market operated by Virgin Australia for travel on selected dates and destinations between July 27, 2022 and December 14, 2022.

Qantas also launched its “Thanks a Million” fare sale on the weekend which ends on Friday April 1, 2022.

Terms and conditions apply for various dates this year and next.