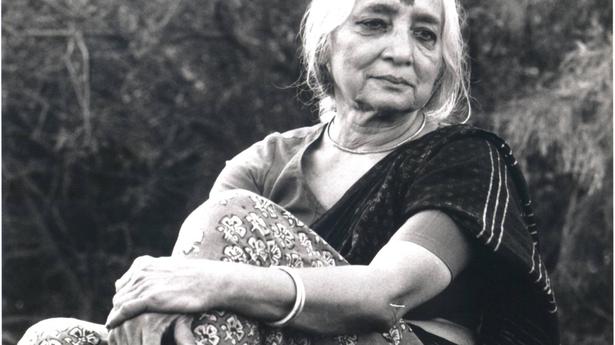 A new volume of writings examines the politics of the performing body, both on stage and off it, renewing conversations and debates

Performing bodies and, by extension, the performing arts in India, have been contested spaces since colonial times. That they have been used as part of the larger political agenda of independence is not often acknowledged. From the colonial Dramatic Performances Act (DPA) of 1876 (still valid in many Indian states) to the post-independence Devadasi Abolition Act of 1947 (that still deems hereditary dancers performing in public a crime), performing arts continue to be a disputed arena. The DPA, used by the Raj to prevent seditious content sneaking into plays, was not repealed but inherited and modified by different States to their own ends.

Similarly, most students of ‘classical’ dances continue to be taught that these forms originate from Shiva’s Tandav documented by Bharata in Natyashastra. The real, performing bodies of hereditary dancers, their struggle for survival, and the indignities they suffered due to loss of economic independence are obliterated from this origin story. Divine genesis is bestowed upon the ‘classical’ arts to legitimise their ‘pure’ provenance. Research, however, repeatedly unearths evidence to prove that most of these are modern, 20th century reinventions of earlier forms practised by courtesans, temple dancers, and ritual specialists within specific local contexts.

We witnessed a similar disconnect after the recent demise of playback singer Lata Mangeshkar. There was a maudlin outpouring in the press instead of the robust critique one expected from public intellectuals on the passing of a cultural behemoth. Like the female impersonators in Parsi theatre of the late 19th and early 20th centuries, who fashioned a middle-class femininity, Lata too appears responsible for the modulation of independent India’s feminine voice. But what lay behind this shaping and what kind of brutalisation or oppression resulted both for herself and other women as a result? In Milan Kundera’s The Joke, Jaroslav, a Czech folk musician, reminisces poignantly about his own complicity in changing the aesthetics of folk music. He admits that it was part of a larger political agenda refashioning folk music into a propagandist tool. Closer home, one wonders at similar collusions. The refusal or inability to critically engage with performing bodies and performing arts attests not only to a poverty of knowledge and comprehension but also a refusal to take them seriously as having both historical and political importance and, therefore, real-life implications and repercussions. It is this and more that is addressed in an interesting new book that foregrounds the body, as it is and as it can be, both in performance spaces and in the ‘performance’ of daily life. The section on Lata captures the raging debate around her voice, and trains specific lenses on the phenomenon of the “Indian woman’s voice.” The debate is represented by three essays, written by Sanjay Srivastava, Ashwini Deshpande, and Lakshmi Subramanian, and together they reflect the deep-seated passions invoked not only by Lata’s voice but her standing in the playback industry.

The second of a six-volume series, Improvised Futures: Encountering the Body in Performance (Tulika Books and West Heavens), is edited by Ranjana Dave. The volume, more bricolage than book, brings together a series of mostly pre-existing writings and visuals produced by some eminent names, and generates renewed conversations around the existing debates that swirl around the body and performance, and the body in performance.

Remarkably, instead of a typical collection of academic essays and articles, what we have is an interspersion of theatre and documentary scripts, Rohit Vemula’s suicide note, first-person ruminations by performers, as well as theories and analyses. Peppered with interesting photomontages as well, the volume provokes new ways of seeing within our Covid present and within the ever-changing narratives around embodied presence.

There is, however, another thread too, which is the dangerous politics of casting certain bodies as the “other”, thereby subtly sanctioning overt physical, communal violence, as well as covert, interconnected, individualised violence. The violence visited upon the performing body is hinted at by the arresting cover image, which has the government-issued inspection stamp ‘Quarantined’, bleeding at the edges, printed across the image of an inverted thigh. The latter is taken from Chandralekha’s solo suite ‘Sakambhari’, which opened her 1991 production ‘Sri’. Sakhambari in Hinduism is a deity of fertility and plenty, and the dancer’s pose was inspired by a Harappan seal. The cover image thus imagines a nourishing, fecund body as being quarantined, isolated, marginalised. And in the contemporary imagination, the body as a source of physical, intellectual, spiritual and sensual nourishment and pleasure is diminished too to a carrier of pathogens and disease. Divided into four sections, the book with its extensive annotations creatively illustrates the possibility of academic volumes becoming a space for engagement between theorists and practitioners. Together, the sections trace historical and philosophical contemplations about the body in performance, and its sociological and cultural fashioning.

From Chandralekha’s essay that looks at the militant origins of Indian dance forms to Navtej Johar’s piece on dance as somatics or mind-body connectivity, to Padmini Chettur’s self-introspective dance journey in the current political climate, these readings allow us ways to refute a cultural fascist narrative without rejecting one’s sources or roots. The ruminations prove that a mindfulness to one’s own body is at once an acceptance of other bodies. The absence of this recognition leads to the chillingly real, if absurd, script of Danish Sheikh’s ‘Contempt’, culled from actual exchanges in the Delhi High Court on the constitutionality of Section 377.

Women’s bodies and queer bodies have always been ideological battlefields. Natasha Ginwala’s piece examines the codes of restraint that force female and queer bodies and desires into an endless cycle of self-creation in order to be acceptable. Ginwala sees how laughter and eros can be powerful tools of resistance against such violence.

Re-reading an excerpt from ‘Halla Bol’, Safdar Hashmi’s street play, against the recent memory of thousands of migrant workers returning home in the searing heat of summer is evocative. In the pause that the pandemic imposed, we are compelled to confront the script’s immediacy and relevance despite the three decades since its first performance.

The complexities and politics of the body (particularly the woman’s body and voice) on stage and its post-colonial fashioning and appropriation have constructed contemporary Indian ideas of womanhood, femininity, eros, sexuality and desire. Between Sharmila Rege, Anna Morcom, and Sameena Dalwai’s essays on bar dancing and the arguments to ban it or otherwise, we see that, as Rege points out, struggles over cultural meaning have always been struggles for survival. It is imperative, therefore, to be alert to new constructions of cultural meaning and discern whose identities are being conflated and erased in the process of old forms acquiring new meanings.

Even though the vexed post-independence institutionalisation of culture continues to haunt the nation with its limiting bureaucratic classifications, it also makes possible their disruption. From the brief history of Manipur’s theatre practice to the plays/projects that Gargi Bharadwaj discusses, we find that playwrights, directors and performers constantly push boundaries and defy institutional paradigms of theatre, resisting fixed definitions or classifications. Putting a spin on the corporate idea of disruption is Amitesh Grover’s manifesto, ‘How to perform a good employee’. A manual for non-violent resistance, it provides “docile” bodies in alienating workspaces with disruptive performance possibilities.

The pandemic brought a phase of stark disembodiedness, when not just everyday human interactions but also artistic performances went behind a screen and became remote. This is brought home by the essays on digital technology. As bots increasingly replace humans, with automatons providing care and companionship and digital tech becoming the sakhi, humans are creating affective interactions with cyborgs and virtual bodies. As Skye Arundathi Thomas points out, the ontological separation began with the Western Enlightenment, and modernity continues to privilege capital while pushing the earth and its creatures into precarity.

What will we do with this rupture? And what kinds of bodies and embodiments will be granted sentience?

The writer is a doctoral scholar at the Dept. of Humanities and Social Sciences, IIT-Madras.