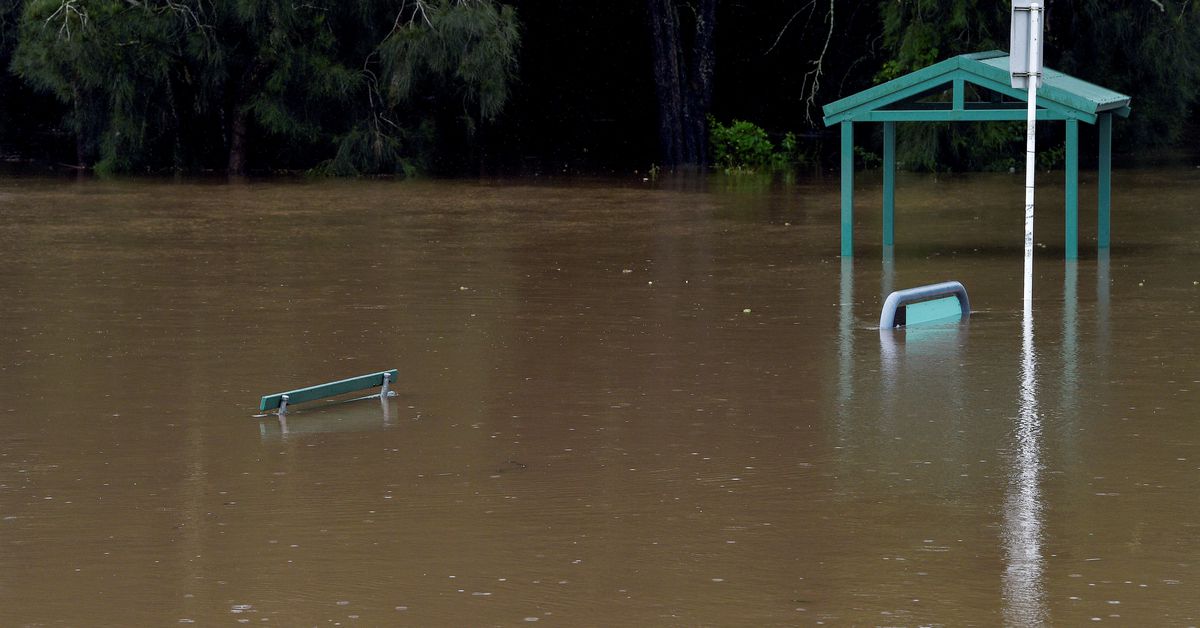 Australia’s eastern rivers were already near capacity following record downpours in several parts of Queensland and New South Wales states over recent weeks, cutting off towns, and sweeping away farms, livestock and roads.

A 67-year-old woman and her 34-year-old son were found dead near an abandoned car in a stormwater canal in western Sydney, authorities said, while Queensland police confirmed the death of a man missing in floods since Feb. 27, taking the death tally to 20 since the deluge began. Most people were found dead either in flooded homes or in cars attempting to cross flooded roads.

Bureau of Meteorology forecaster Dean Narramore said minor to major flooding was occurring from the Queensland to Victoria border, a distance of more than 1,555 kms (966 miles).

“A tough 24 hours or even 48 hours ahead,” Narramore said during a media briefing on Tuesday as he forecast up to 120 mm (5 inches) of rains across Sydney over the next 24 hours, with the storm expected to clear by late Wednesday.

Heavy rains lashed Sydney with some suburbs having received up to 200 mm since Monday morning, exceeding March’s mean rainfall of around 140 mm and triggering snap evacuation orders in the southwest and northeast of the city. Television footage showed flooded roads and submerged cars in Sydney’s northern beaches, with residents in low-lying areas told to evacuate.

“We had a guy walking through last night, with water up to his neck,” said boat broker Angelo Testa, who used a dinghy to rescue people in Sydney’s southwest, according to the Guardian.

“We picked him up and took him to the end of the street. We’ve had people stuck in their houses, who had initially decided to wait out the flood but found they couldn’t.”

Amid flash-flooding warnings, authorities asked Sydney’s 5 million residents to avoid unnecessary travel on roads and allow plenty of extra travel time for public transport. Trains were cancelled on some routes due to flooding on tracks.

Emergency services estimate around 60,000 people in NSW face evacuation orders, and urged people to follow them.

“People make decisions based on past history and I think this event has shown that there is no past history similar to this event,” New South Wales Emergency Service Commissioner Carlene York told reporters.

In the state’s north, frustration was growing among many flood-hit residents as they struggled to clear debris and sludge, with power and internet still down in several towns. Authorities fear even more rain will hamper relief efforts as emergency crews look to clear roads to deliver essential supplies. read more

Prime Minister Scott Morrison, who is trailing in polls ahead of a federal election due by May, has ordered more defence force personnel to flood-affected areas.

New South Wales Premier Dominic Perrottet, on a tour of the flood-hit areas, took responsibility for his government’s shortcomings over rescue and relief measures.

“From stories and people I have met, the heartbreaking stories over the course of the week where people felt isolated and abandoned, I don’t want anyone in my state to ever feel like that,” Perrottet told ABC Radio on Tuesday.