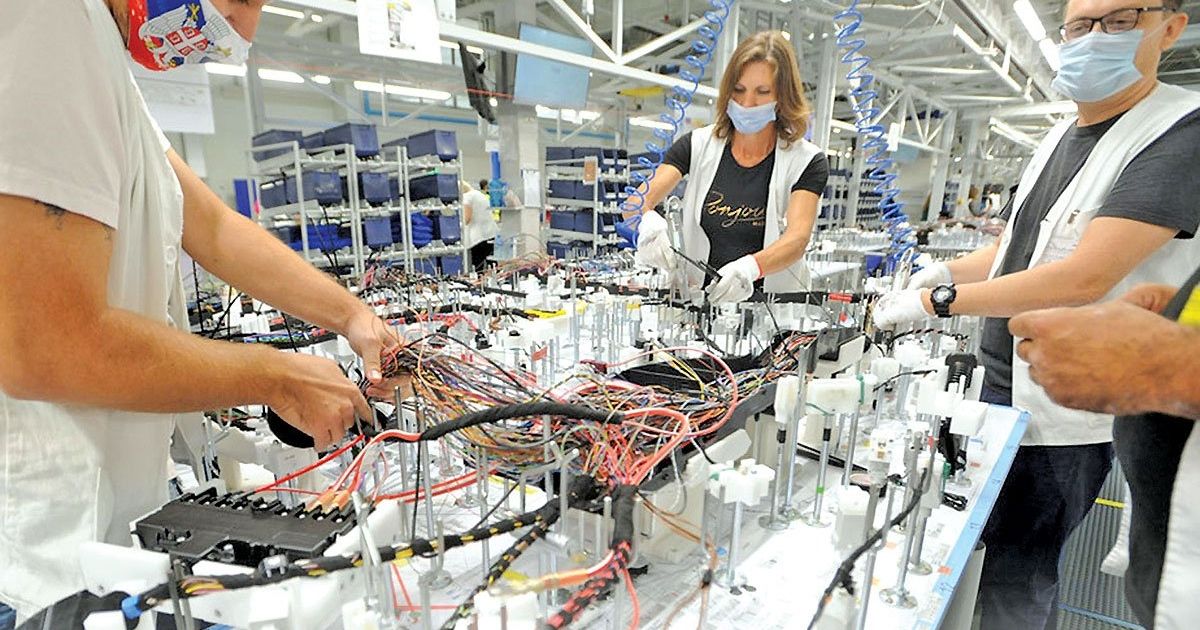 A vital supplier to the automotive industry, Leoni was forced to swiftly overhaul how it operates in Ukraine — from shifts to shelters to shipping goods across the border — providing a lesson in how to keep a mission-critical business running during a war now in its third month.

Maintaining production at its two factories in Stryi and Kolomyia in western Ukraine, where Leoni employs 7,000 people, initially did not seem feasible.

Following Russia’s Feb. 24 invasion, Leoni sent all workers home as a precaution. Female employees, who make up two-thirds of its local workforce, were given the option to move with their children to Romania, where Leoni also has a production site.

The suspension quickly rippled through the industry. Leoni’s factories in Ukraine produce wire harnesses, a complex tangle of cables and plugs woven together by hand that form the neurological command center of modern cars.

As a result, customers including Volkswagen Group and BMW were forced to also temporarily stop output of cars at some sites.

But then workers in Ukraine, fearful that their jobs might permanently be lost, petitioned that they come back, drawing up a plan on how to revive operations.

Besides the obvious safety aspect, logistics turned out to be an issue. Many components used in the factories are imported from Western Europe, the U.S. and China. But initially, delivery trucks from the European Union could not enter. And many male Ukrainian truck drivers were barred by law from leaving the country. As a result, Leoni’s local management recruited women from its workforce willing to drive 40-ton trucks across the border and back to the factories.

Another challenge was finding space for bomb shelters. While there were Soviet-area sites in the vicinity, some turned out to be flooded and needed to be pumped dry with the help of equipment hauled over from Germany.

By early March, Leoni was able to resume production with a single shift. There are some notable adjustments to the pre-war routine. Workers now keep their personal belonging on the production lines instead of a locker, allowing for swifter evacuation. Shelters can be reached in less than 15 minutes, and staff return to their stations once they are given the all-clear.

Leoni has also reinstated a late shift, which now starts before the government-imposed night curfew kicks in. While interruptions from sirens remain a common daily feature, output has almost returned to pre-war levels on calmer days.

Returning to work remains voluntary, and employees who would rather not show up still get paid, according to the company.

Leoni says it has lost less than 10 percent of its original workforce in the country. A few male reservists were drafted, about 200 joined the battlefield, and about 400 female employees decided to leave the war-torn country, the company says.

Truck deliveries are almost back to normal, after subcontractors recruited drivers older than 60. To avoid another shutdown, Leoni is duplicating production at locations in Romania and Serbia as well as at three sites in North Africa. For simpler wire harnesses, some lines outside of Ukraine are already up and running. For more complex products, duplication will take months.

“We have to look from day to day what is possible,” said CEO Aldo Kamper. “Supplying our customers while ensuring the safety of our employees.”