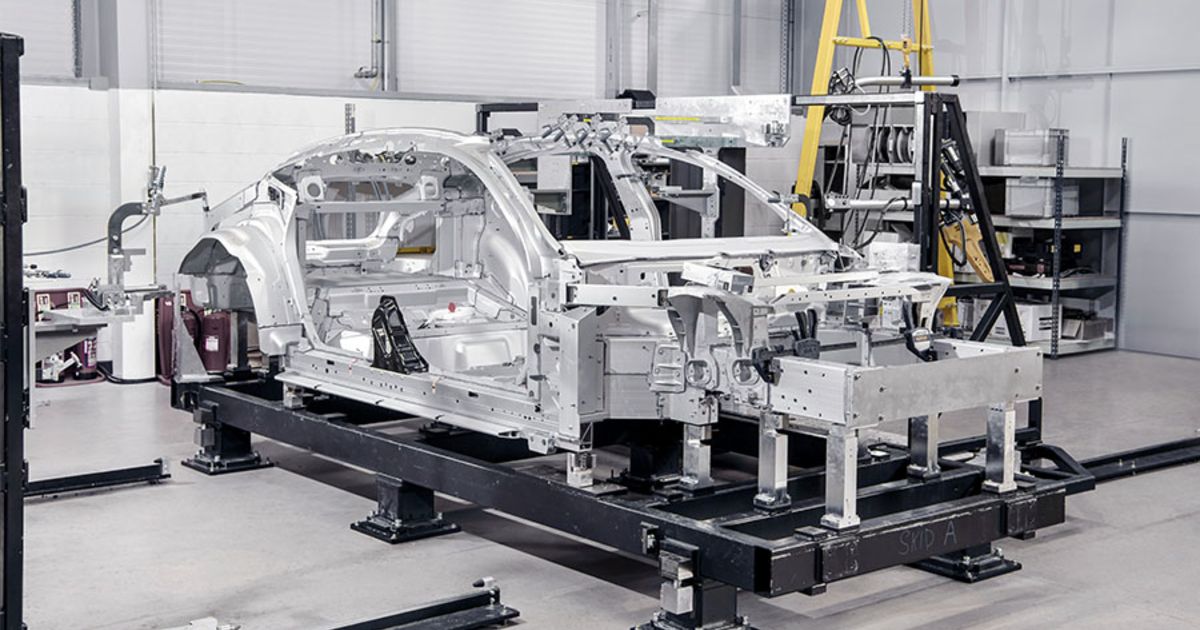 That driving experience will benefit from Swift’s almost 20 years at Lotus, where he worked on the Elise, which debuted in 1995 and was built until last year. The two-seat sports car, with its bonded aluminum platform, is regarded as one of Lotus’ finest creations because its lightweight, rigid underpinnings provide nimble handling.

“That is kind of where the journey started with [aluminum] bonding,” Swift told Automotive News Europe. “However, that was a long time ago. The world has moved on. I would like to think that we [Polestar] are on the cutting edge now.”

Swift said the lighter the Polestar 5 is the more flexibility the automaker has “if we need to use that weight for other things. I’m thinking about batteries and range. EVs, as they stand currently, are not light vehicles.”

When asked about Polestar’s current relationship with Lotus, which like the EV maker and Volvo, is part of China’s Zhejiang Geely Holding, Swift said the brands are friendly rivals.

While bonded aluminum platforms have advantages, they have proved to be labor intensive and difficult to use in mass production vehicles without sacrificing quality, Polestar said.

Polestar says its engineering team’s newly developed manufacturing process is faster than techniques used in the past because the body and platform are created in unison.

The team includes experts such as Swift who have decades of experience working on low-volume vehicles, sports cars and Formula One race cars. The difference is that Polestar’s team, which is expected to grow to 500 within a few months from 280 people now, needs to do it at a much higher production volume.

Polestar, which plans to go public via a merger with the special-purpose acquisition company Gores Guggenheim in the first half, aims to sell 11,000 Polestar 5s in 2024 and boost that to 30,000 by 2025.

Swift said the Polestar R&D team’s other big challenge is having the four-door GT’s platform ready for its planned debut in two years, which is a fraction of the time it usually takes an automaker to complete such a task.

“There are some automakers that I don’t think would even consider doing a project like this,” he added.

Swift said that Polestar’s platform will not be created using megacasting, which Volvo will debut at a plant in Torslanda, near Gothenburg, in 2025 in time to start output of the factory’s first full-electric car.

Volvo will use megacasting to put large aluminum body parts together. Tesla is already using megacasting to produce EVs while Mercedes-Benz and Chinese EV maker Nio are also interested in the technique.

Polestar plans to make the Polestar 5 at a Geely-owned, Polestar-run plant in Chongqing, China.